Industrial and manufacturing keynote speaker, Duncan Stevens, is the speaker of choice for global companies who look to become more persuasive and more effective through how they act and what they say to give them the edge during times of change.

He is the founder and CEO of the Influence Association, author of the best-selling book Effective Influence, entrepreneur and mentalist. He is regarded as one of the worlds leading authorities on influence and effectiveness and has established himself as a highly sought after, easy-to-work-with professional speaker in the industrial and manufacturing industry.

HIRE DUNCAN AS AN INDUSTRIAL AND MANUFACTURING KEYNOTE SPEAKER HERE 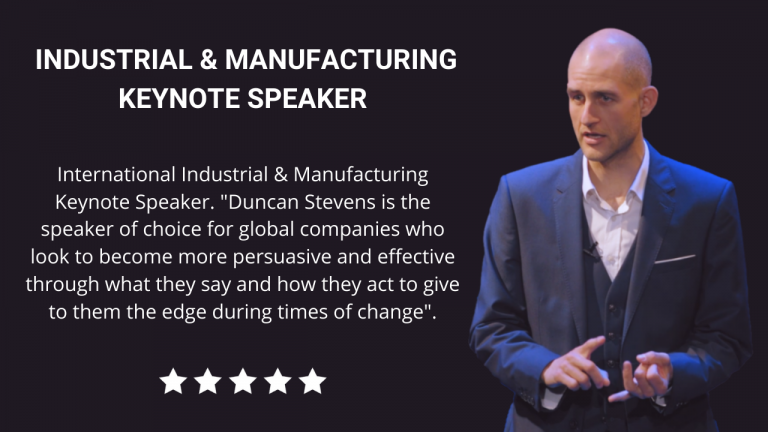